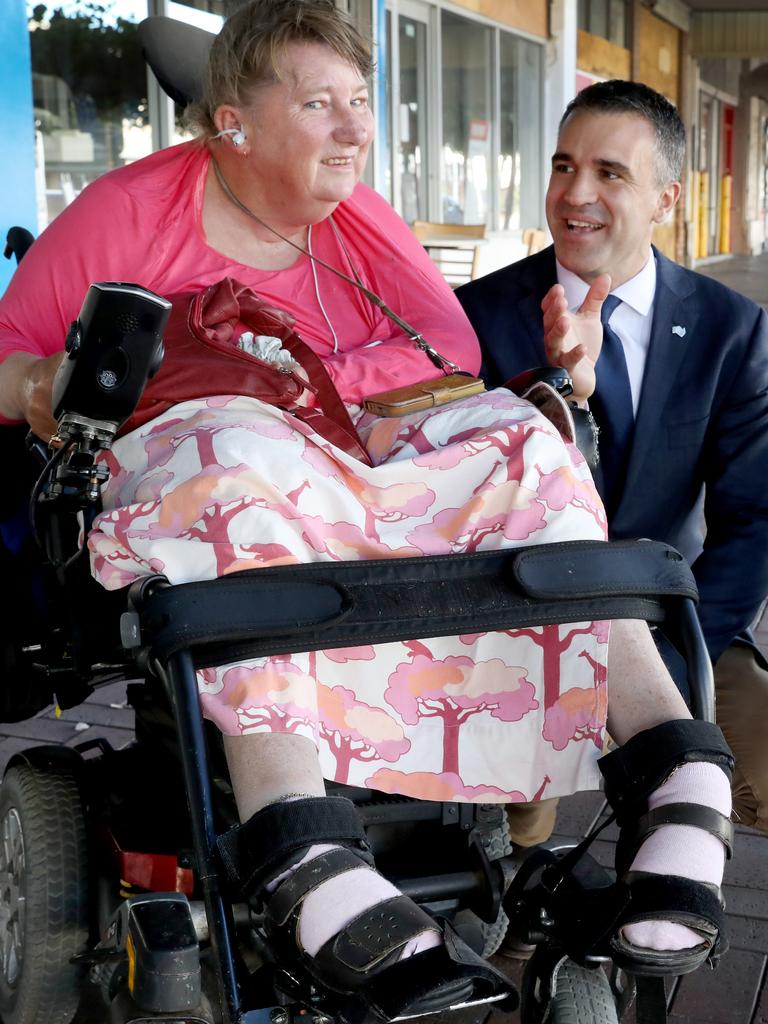 We hear from Pamela Francis, one determined woman!

Hi I’m a young at heart, 58 year old woman who had a very high speed head on crash on a highway just out of Whyalla where I lived 30 years ago. After my crash (which I have written a book about) I walked from the crash to a car that stopped to help. They drove myself and my partner, and his two children, to the Whyalla hospital where I walked in and was checked in overnight.

I had a big stroke that left me severely disabled in a wheelchair and legally blind. I was 28 then with two young children myself, who were not in the crash. Those children are now almost 40 have children of their own. My daughter has nine children (yes that’s nine) and she’s a nurse now in Port Pirie. My son has one beautiful daughter now 3.5 years old.

In the mid 1990’s my greatest achievement after becoming a disability advocate with the help of a group of other advocates was that we took the transport companies to court to get all public transport made wheelchair accessible, and we won! So, to Maurice Corcoran, Margie Charlesworth, Melissa Madson, Judy Thompson, Jeff Heath, and a few others, I may not remember thanks to us all people in wheelchairs and elderly people with frames, mothers/fathers with children in prams, and those less able bodied than most, can all easily get around like everyone. I still practice my advocacy when I can.

I live in the Western suburbs of Adelaide and around my area I have had council put in many ramps and paths to make it easier and safer to get around. They have installed audio tactile lights so myself and others can safely cross the road at intersections. Some of the advocates I mentioned have sadly passed away, but still thousands have benefitted from this massive change I played a big part in.

I am in the NDIS and my NDIS plan is just amazing. I am self-managed, with the help of my son who has migrated back to Australia, and is currently sharing my rather large home which I own.

Before 2019 I used to play table tennis with an AWD group (Athletics with Disabilities) unfortunately due to Covid it’s stopped. In 2007 and 2014 I entered in the Masters Games in Adelaide and I won gold first, and two silver medals in table tennis. I have also done three City to Bays in my wheelchair and that’s fantastic to do. I love Adelaide except for Winter, I hate the cold! I love to go to the beach and watch people. I am a member of the Adelaide Zoo and often go in good weather.