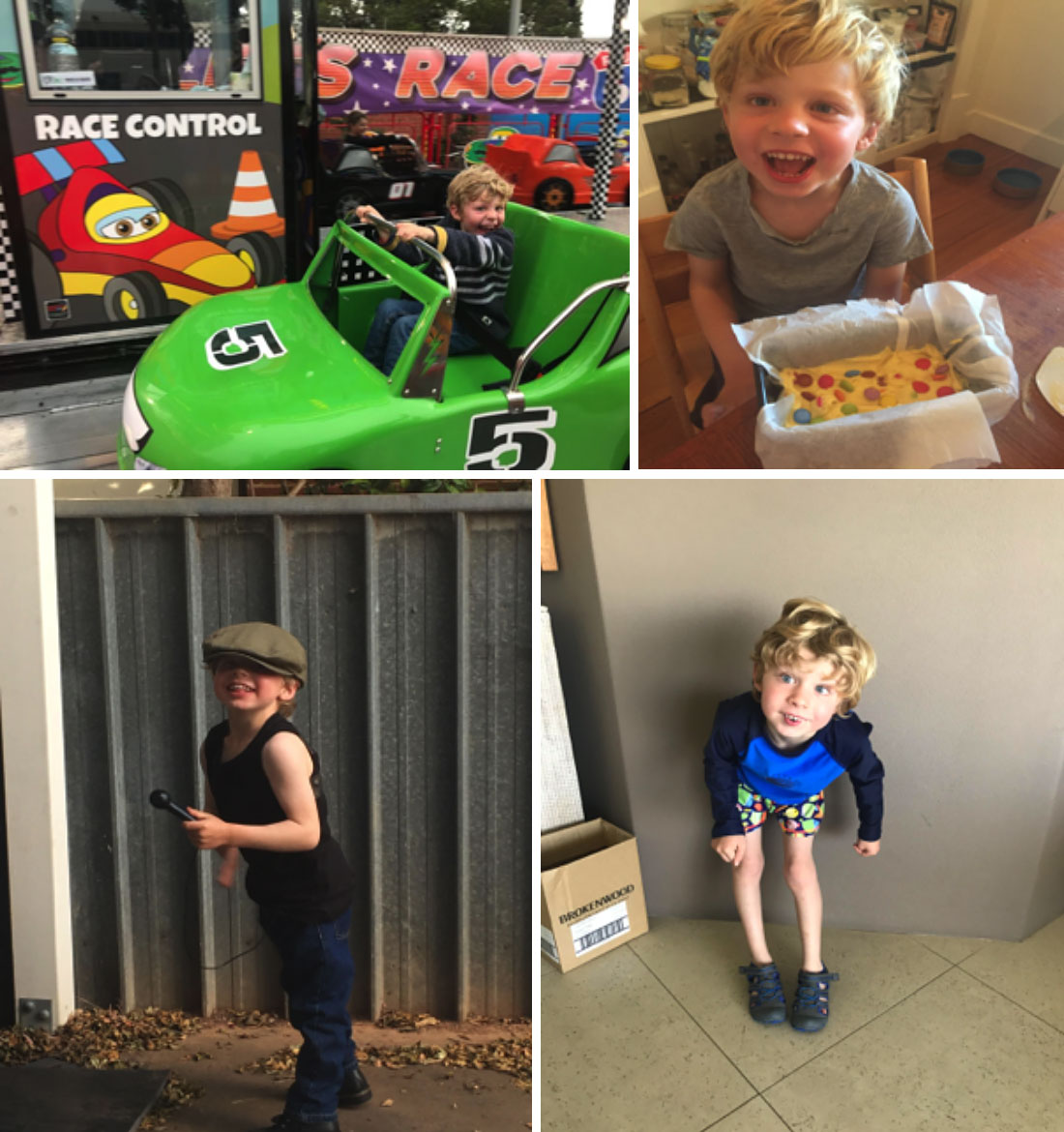 This week we chat to Jack Peel, a young boy who lights up the room with his cheeky smile and incredibly happy disposition. He loves Star Wars, going on adventures and AC/DC, as you will discover!

Tell us a little bit about you, your age, disability and current situation?

Jack is a delightful 6-year-old who is in grade one at a mainstream primary school. Despite having Cerebral Palsy, Jack is full of energy and is a natural entertainer due to his sociable personality. His condition makes it primarily difficult for him to walk, and keep up mentally and physically. But this doesn’t stop him from leading an exciting life unlike any other six-year-old.

(Jack’s voice is represented in the responses below)

Share with us all the amazing experiences and things you can do?

I recently went to Kangaroo Island, got on a boat and went fishing! My grandpa caught this rotten fish, he put it in the bucket and we could smell it in the boat! We threw it back because it was a dirty garbage fish.

At school, I have two new buddies. Jesse and then there is Ashton, who is not actually my buddy, but I meet him every time! At lunchtime, at recess and when we spend fruit snack time together!

What are some of your favourite fruits and veggies?

Normally I eat banana and watermelon. I like apples, grapes and pineapple! I also like my vegetables. I do like cherries, but I have it on top of a cake. Raspberries and mango are good too, especially frozen mango! And I have blackberries, and blue berries, but sometimes they’re a bit sour.

Let me tell you what my favourite band is… I like AC/DC, and do you know what… they’re coming to Adelaide! But do you know, Malcom Young in AC/DC died. He died from smoking and drinking. That’s why it’s not good to drink or smoke. But Phil Rudd is still alive, and he still smokes, and so does Angus Young and he’s alive too. Then there’s also Brian Johnson, the lead singer, and he too drinks and smokes! I’m going to see AC/DC with my dad!

What is your favourite film?

My favourite film is Star Wars! My favourite character is Chewbacca! And then there’s Yoda, he’s the master, and he taught Luke to be a Jedi! Master Yoda is the real master. I’ll tell you something else…Anakin Skywalker turns into Darth Vader, but before he did that, he was like Obi Wan Kenobi’s brother, they were best friends! Before he turned into Darth Vader, Anakin had a blue lightsaber but then he gets a red lightsaber when he turns into a bad guy. I’ll also tell you about General Grievous, he’s got four arms, and four lightsabers. One for each arm! He’s got two blue ones and two green ones! I like green lightsabres the most. I have watched a little bit of Return of the Jedi, but it was a little bit boring because there was no fighting. I really like Star Wars videogames, I play it on the Star Wars app.

What has been your biggest achievement to date?

My biggest achievement to date is learning how to jump! I have been practising to jump on the trampoline. I have recently learned how to jump from the ground, which is fun.

What is a positive aspect and/or challenges about the NDIS?

A positive about the National Disability Insurance Scheme is accessing the support needed for Jack to reach his full potential. The challenges are none from Jack’s perspective, as he is a joyful young man, that sees his life in a positive light.